Tipping the scales in your favor

The Law Offices of Michael S Davis focuses on defending all traffic violations with a heavy emphasis on DUI/DWI.  Our firm handles cases in both State and Federal Court and in most jurisdictions within southeast Virginia.

Attorney Davis is a seasoned trial attorney who began practice in 2000 after retiring from law enforcement and has practiced as a criminal and traffic defense attorney handling everything from first degree murder to speeding cases. Attorney Davis has now confined his practice to traffic defense and presents a formidable obstacle to the governments prosecution of charges against his clients. His background as a police officer, as well as experience in the medical field, give him a unique set of life experiences to draw from in an aggressive approach to all aspects of defending clients. From trials to plea negotiations, Attorney Davis strives to obtain the best possible results for his clients.

Attorney Davis has represented both indigent and retained clients, and has earned a reputation for dedicated service to the courts and the community. He has proven himself to be a zealous and effective advocate for his client’s in the court system.

The firm has two convenient locations in Virginia Beach and Newport News to accommodate clients. The firm offers free consultations and flexible appointments including week-end consultations if needed. Mr. Davis is a solo practitioner who will personally handle each case. The firm provides a full range of services for traffic cases including petitioning for restored and restricted driving; privileges; expungements; bond motions and a number of other traffic related services. The firm provides reasonable fees to be inclusive of all required services for your situation. Fees include: consultations; research; litigation preparation; motions; trials (jury & non-jury); negotiated settlements and any other required steps needed to ensure the best outcome possible for your case.

The Law Office of Michael S. Davis is dedicated to the representation of those individuals who have been charged with traffic offenses. These violations range from fairly minor to extremely serious. The firm has experience in representing clients in the General District Courts as well as the Circuit Courts in the Tidewater Virginia Area, to include: Williamsburg; Newport News; York County; Norfolk; Virginia Beach, Portsmouth, Chesapeake and other areas in a 100 mile radius. In addition we represent clients in all cities and towns within those jurisdictions. The firm also practices in the Juvenile and Domestic Relations Court in each of these jurisdictions.

The main area of the firm’s practice include traffic violations of all types.

An Ohio native, Michael S. Davis grew up in the Dayton, Ohio area. He attended Sinclair Community College where he received an associate degree in Criminal Justice. 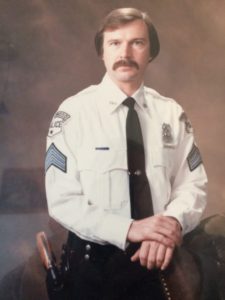 He then went back to school at Wright State University where he studied nursing and cardio pulmonary physiology and received a BSN. He worked at various emergency rooms both in Ohio and in the Northern Virginia area after moving to Fairfax County, Virginia in 1986.

During that time he received many advanced critical care certifications including ACLS and ATLS as well as certification as a Sexual Assault Forensic Examiner, and he testified as an expert in sexual assault cases throughout the Northern Virginia courts.

In 1997 he applied for and was accepted into American University’s Washington College of Law from which he graduated in 2000 with the degree of Juris Doctor. He has practiced law for the past 10 years and concentrates his practice in the area of traffic and criminal defense, handling cases ranging from minor traffic infractions to murder.

Michael practices in all areas of criminal and traffic defense and has litigated cases throughout Northern Virginia and the Tidewater area of Virginia in both State and Federal courts. He has practiced in both felony and misdemeanor cases to include DUI defense as well as other serious traffic offenses and has extensive experience in both criminal and traffic bench and jury trials. He has gained a reputation for aggressive and effective representation of his clients and has been rated by his peers as an outstanding professional in the field of traffic and criminal defense.

Attorney Davis focuses his representation of clients accused of traffic charges in the Tidewater region of Virginia, including Virginia Beach, Hampton, Chesapeake, Newport News, Norfolk and the Eastern Shore. When searching for a highly skilled, reputable attorney to handle traffic matters, Michael S. Davis is well qualified to represent clients and protect your interests to ensure that you will have the best outcome available. 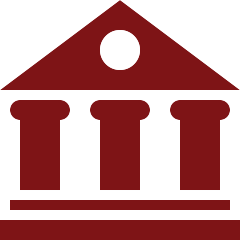 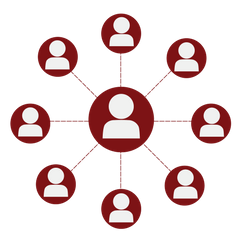